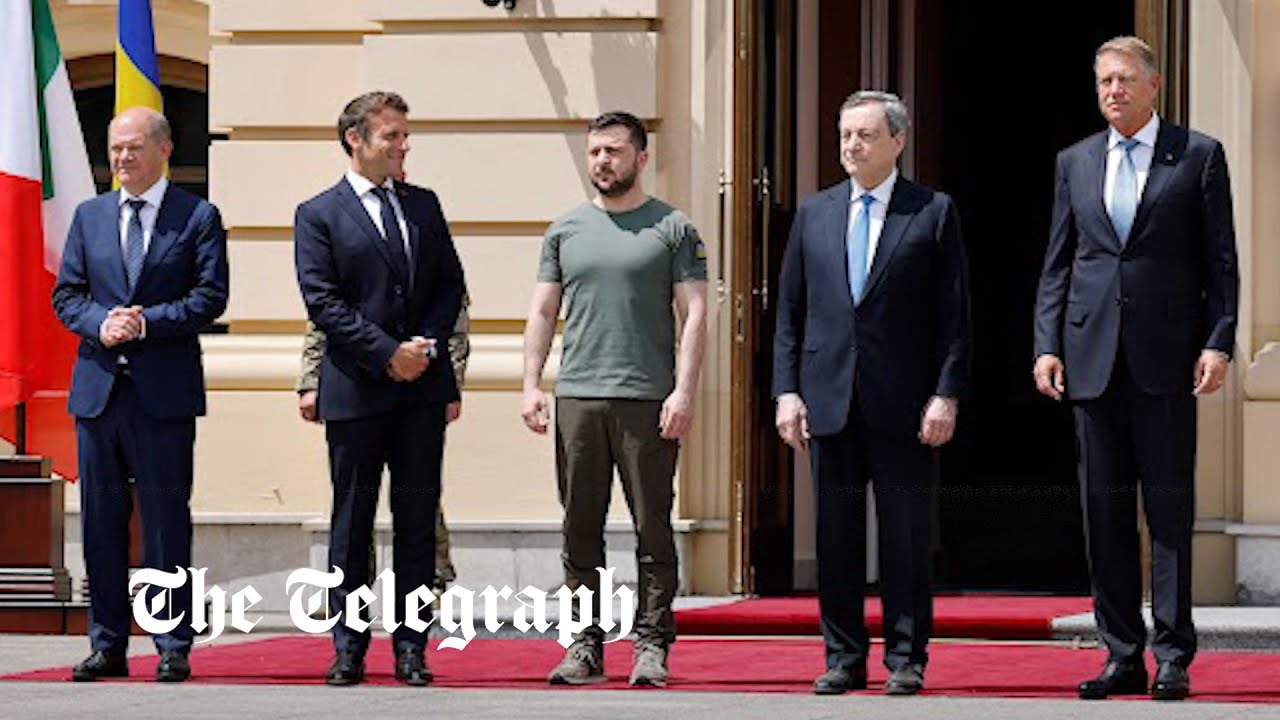 There are suspicions in Kyiv, that Paris, Berlin and Rome have prioritized their economic prosperity ahead of the fight for Ukraine’s freedom and want a quick peace.

Olaf Scholz opposed an immediate EU gas embargo to protect German industry, while Mr Draghi secured a carve out from EU sanctions for Italian luxury goods such as designer handbags.

Mr Zelensky pointedly handed his visitors a list of demands for fresh sanctions against Russia during the visit.

The German Chancellor has promised world-class weapons to Ukraine but deliveries have been too far too slow for Mr Zelensky’s liking.

Like Mr Macron, his comments on Ukraine have been too opaque to send a signal of clear, unambiguous support, despite both countries sending rocket systems and howitzers to Kyiv.

The visit to Ukraine is in part meant to remedy that once and for all. In keeping with their error-strewn handling of the crisis, the visit was poorly timed.

Rather than standing alongside Mr Zelensky after the heroic defense of Kyiv and ratcheting up the pressure on Putin, they have arrived at a time when his troops are being pummeled in Eastern Ukraine.

Thursday’s visit still has huge symbolic power, but there have been too many broken promises.

The three leaders will have to disappoint Mr Zelensky again in his hopes of gaining fast-track membership to the EU.

Instead Kyiv can look forward to a recommendation for “candidate status” – a move that will require years and years of painful reforms and negotiations.

Ukraine won’t be given a free pass, no matter the extent of its suffering, which can be traced back to the pro-EU Maidan uprising that led, in turn, to Putin’s first invasion of the country.

“France has been alongside Ukraine since day one,” Mr Macron was forced to clarify during the visit. “We stand with the Ukrainians without ambiguity.”

Mr Macron has a way with words. President Zelensky will have made clear that now is the time to back them up with action.