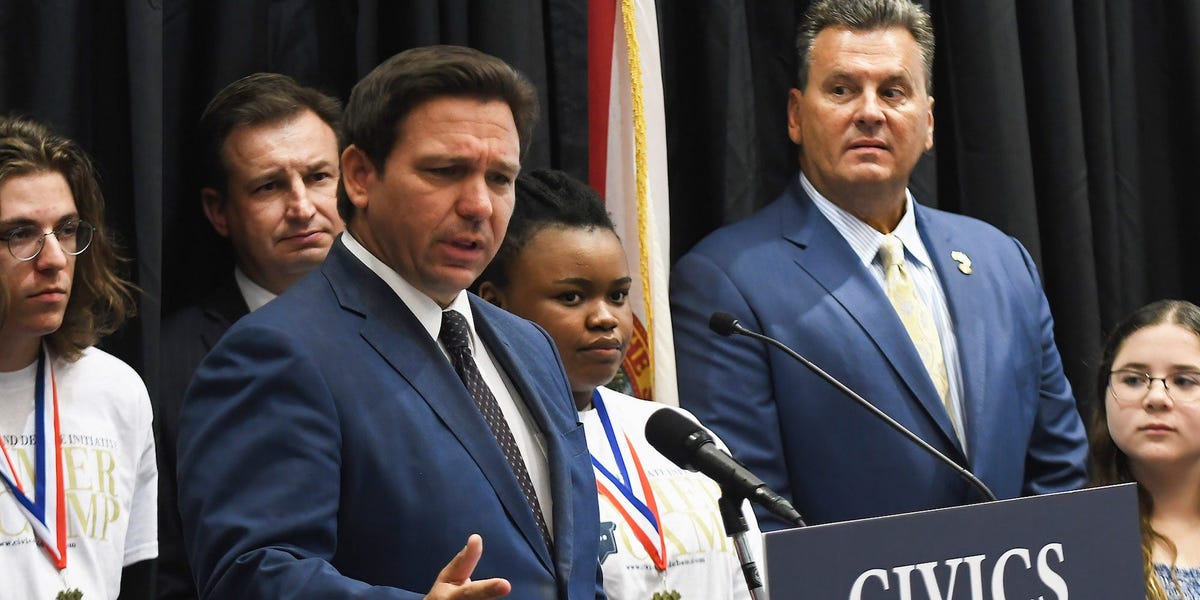 Florida Governor Ron DeSantis and the Florida Department of Education announced that they’ll host 10 regional 3-day civics professional learning training sessions for 2,500 teachers this summer to accommodate over 2,500 teachers during the summer of 2022. The training comes with a $700 stipend.

The FDOE said the training would “be aligned to the revised civics and government standards,” but some teachers have expressed concern about the instructions.

During a press conference on Thursday, DeSantis said the new civic education was pushing back on the “woke indoctrination” of children and said kids in the state were learning “real history.”

“We’re unabashedly promoting civics and history that is accurate and that is not trying to push an ideological agenda,” he said.

According to the Post, the training included the phrase that it is a “misconception” that “the Founders desired strict separation of church and state.”

“My takeaway from the training is that civics education in the state of Florida right now is geared toward pushing some particular points of view,” Broward County teacher Richard Judd told the Post. “The thesis they ran with is that there is no real separation of church and state.”

Judd told the Post trainers that teachers were told, “This is the way you should think.”

DeSantis has recently pushed legislation that would limit what students can learn or discuss on history, race, and gender, and sexuality.

Presentation slides from the training, which were obtained by The Miami Herald through a public records request, feature graphics that illustrate George Washington and Thomas Jefferson were opposed to slavery while neglecting to mention that they owned slaves.

“There was a very strong Christian fundamentalist way toward analyzing different quotes and different documents. That was concerning,” Segal said.

Anna Fusco, president of the Broward Teachers Union, told the Post some teachers who attended told her that they were being told to present just “one side” of history.

“Then they kind of slipped in a Christian values ​​piece, ignoring the fact that this country is made up of so many different cultures and religions,” Fusco said.