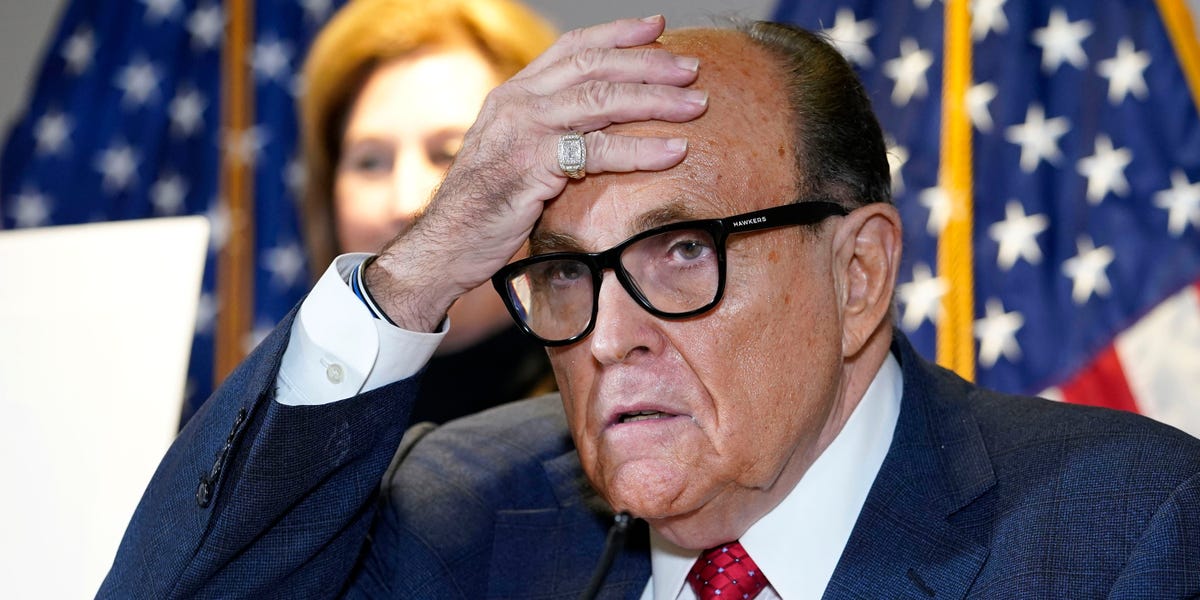 Testimony will show that Trump followed Giuliani’s recommendation “to just claim he won and insist that the vote counting stop, to falsely claim everything was fraudulent,” Cheney said on Monday, during the second hearing by the House select committee investigating the January 6 attacks on the US Capitol.

The committee aims to present a seven-part plan by Trump to overturn the 2020 election. Monday’s hearing is focused on Trump’s efforts to convince Americans that the election was stolen by overwhelming voter fraud, despite evidence to the contrary.

“He falsely told the American people that the election was not legitimate,” Cheney said. “In his words, quote, ‘A major fraud.’ Millions of Americans believed him.”

Giuliani is among members of Trumpworld who met virtually with committee officials, according to exhibits during Monday’s hearing.

Much has been written about Giuliani drinking allegations, which Giuliani told POLITICO in 2018 is “extremely insulting.” He acknowledged being a social drinker but said he doesn’t have alcohol early in the day.

“I’m not drinking for lunch,” he told POLITICO then. “I may have a drink for dinner. I like to drink with cigars.”

Trump’s advisors, however, believed he was usually drunk and near senile, according to to “Landslide: The Final Days of the Trump Presidency” by Michael Wolff.

“Giuliani was, many around Trump believed, always buzzed if not, in the phrase Steve Bannon made famous in the Trump White House, hopelessly ‘in the mumble tank,'” Wolff wrote in his book. “Many believed he had the beginnings of senility: focus issues, memory problems, simple logic failures. A vast disorganization of papers and files and tech malfunctions followed in his wake.”

Last year, federal agents searched the home and office of Giuliani, who tried to dig up dirt from Ukrainian officials on the Biden family.