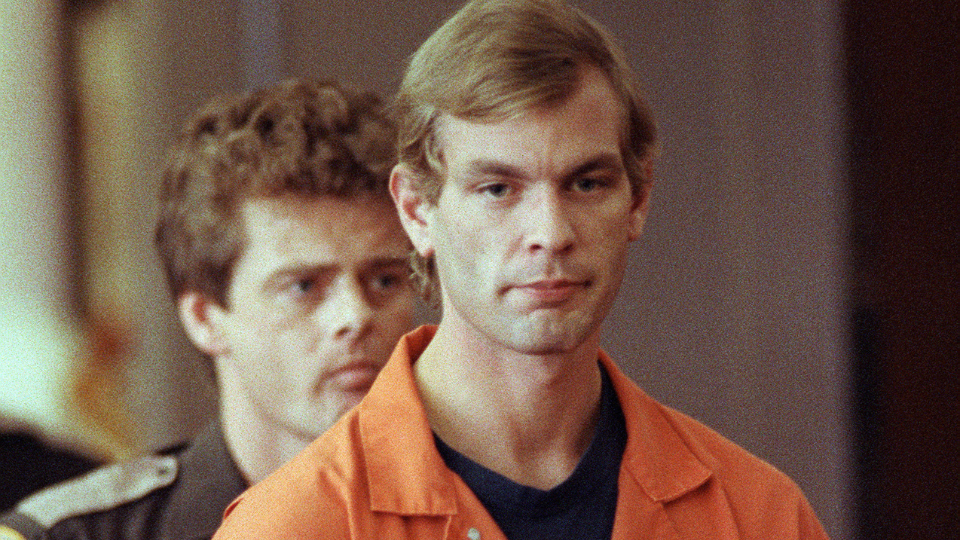 Trigger warning: This story is grisly so read at your own discretion. Jeffrey Dahmer is regarded as one of America’s most horrific serial killers. Eventually pleading guilty to the rape, murder, dismemberment and consumption of multiple victims, he was sentenced to 15 consecutive life sentences in 1996 but only lived to serve three years. Seeing as he didn’t receive the death penalty for his gruesome crimes, you’re probably wondering how Jeffrey Dahmer died.

His story is the basis of the Netflix documentary series Conversations with a Killer: The Jeffrey Dahmer Tapesand Netflix’s scripted drama series Monster: The Jeffrey Dahmer Story starring Evan Peters (American Horror Story) as Dahmer. The latter looks to explore this monstrous individual from the perspective of the people who were victimized by him and the racist, systemic failures “that enabled one of America’s most notorious serial killers to continue his murderous spree in plain sight for over a decade,” per the synopsis. Otherwise known as the Milwaukee Cannibal, Dahmer managed to elude capture for 13 years after his first victim, Steven Hicks, in 1978. Back to how Jeffrey Dahmer died, though, and whether the families of his victims felt like justice had been served.

How did Jeffrey Dahmer die?

How did Jeffey Dahmer die? Dahmer was beaten to death by a fellow inmate, Christopher Scarver, on November 28, 1994. Both men were housed at the Columbia Correctional Facility in Wisconsin. Wisconsin was the first to abolish the death penalty in 1853 hence, despite his abhorrent crimes, Dahmer didn’t receive the death penalty (though he wished for his death. More on that later). Scarver, who was himself serving a 25-year-sentence for an armed robbery-turned-murder, arrived at the prison at around the same time as Dahmer in 1992. The serial killer’s safety was a major concern for prison staff. Tea New York Times reported at the time that Dahmer had spent his first year in prison under protective isolation. As the state’s most notorious murderers, authorities believed killing him might earn a convict an “honored place in the prison world.” Later authorities deemed it safe for him to be integrated into the population of 622 inmates. In July 1992, an attempt on Dahmer’s life was made. An inmate took a homemade plastic knife and unsuccessfully tried to slash Dahmer’s throat. No one was hurt and prison staff believed it would be an isolated incident.

Dahmer was known to upset his fellow inmates. According to Scarver, the serial killer would taunt other inmates with prison food he fashioned to look like severed limbs, drizzling on packets of ketchup to look like blood. “He would put them in places where people would be,” Scarver told the New York Post in 2015. “He crossed the line with some people—prisoners, prison staff. Some people who are in prison are repentant—but he was not one of them.”

Because of Dahmer’s behavior, Scarver tried to steer clear of him but always kept a news clipping in his pocket detailing the cannibal’s crimes. When Scarver suspected Dahmer had prodded him in the back, Scarver snapped. He grabbed a metal bar from the weight room and confronted Dahmer about his crimes. “I asked him if he did those things ’cause I was proudly disgusted. He was shocked. Yes, he was,” Scarver told the Post. “He started looking for the door pretty quick. I blocked him.” Two swings from the bar to Dahmer’s head were all it took. His skull was crushed and Dahmer was pronounced dead an hour after arriving at the hospital. He was 34. “He ended up dead. I put his head down,” Scarver said of the slaying.

Rita Isbell, the sister of Errol Lindsey, one of Dahmer’s last victims, said she had anticipated Dahmer’s slaying in prison. Tea New York Times reported that for two years, she had received phone calls from men claiming to be prison inmates promising Dahmer would “be taken care of.” She said the callers told her: “You don’t know me. I’m up here with Jeffrey Dahmer. Do not worry. We’ll take care of it.” She continued, “I wouldn’t say I wanted it to happen like this, but Jeffrey tore my family up.”

How was Jeffrey Dahmer caught?

Jeffrey Dahmer was arrested on September 8, 1996, after approaching three men with $100 for them to pose for nude photographs. 32-year-old Tracy Edwards agreed and upon reaching Dahmer’s apartment, he noticed a foul odor and boxed of hydrochloric acid which Dahmer said was for cleaning. Dahmer attempted to handcuff Edwards’ wrists together but only managed to secure one and brandished a knife telling him to pose nude. After five terrifying hours, Edwards managed to escape by pretending to need to go to the bathroom and, when Dahmer’s guard was down, punched him causing the serial killer to lose his balance. Edwards flagged down two police officers, telling them a “freak” pulled a knife on him. Edwards accompanied the officers back to Dahmer’s apartment where they discovered Polaroids of human bodies in the bedroom and severed heads in the refrigerator. “These are for real,” one officer said, showing the photos to the other. When Dahmer saw what the officer was holding, he attacked them and tried to resist arrest, but Dahmer was overpowered. As he was pinned to the floor, he’s said to have uttered the words: “For what I did I should be dead.”

Upon a more extensive search of Dahmer’s apartment, a team of Milwaukee’s Criminal Investigation Bureau discovered four severed heads in the kitchen, seven skulls in Dahmer’s bedroom, blood drippings in the refrigerator plus two human hearts. There was also a whole torso in his freezer and a myriad of other gruesome discoveries. “It was more like dismantling someone’s museum than an actual crime scene,” the chief medical examiner observed at the time.

Jeffrey Dahmer confessed to seducing, killing and dismembering 17 young men and boys. There are over 60 hours of police interviews with Dahmer after his arrest, and the serial killer waived his right to have an attorney present throughout the interrogations. In an interview with Inside Edition in 1993, Dahmer didn’t hesitate in explaining why he did what he did. “I had these obsessive desires and thoughts wanting to control [my victims], to, I don’t know how to put it, possess them permanently,” he said. “And that’s why you killed them,” the reporter asked. “Right, not because I was angry with them, not because I hated them but because I wanted to keep them with me. And as my obsession grew, I was saving body parts such as skulls and skeletons.” He continued that his desire to murder and mutilate didn’t “happen overnight” but that his transition to dehumanizing others and seeing them as objects, is something that occurred gradually. Dahmer was eventually diagnosed with schizotypal personality disorder, psychotic disorder and borderline personality disorder, but was deemed legally sane to face trial.

Dahmer had initially pleaded not guilty to 15 counts of murder on September 10, 1991, but changed his plea to guilty but insane in January 1992, which removed the need for a criminal trial but proceedings would focus on his sanity instead. Unlike other criminal trials, a decision did not need to be unanimous. 10 of the 12 jurors would have to agree on the defendant’s mental state for a guilty verdict to stick. “In the case of Dahmer, he admitted that he knew his actions were wrong, so the question became whether or not he was able to control himself,” psychologist Dr. Holly Schiff told A&E True Crime. By choosing to plead insanity, “Dahmer had the burden to prove to the jurors [since 10 out of 12 must agree] that he was insane at the time of the killings.” For three weeks, jurors heard the details of Dahmer’s depraved crimes and relatives of his victims described their loss. Upon receiving 15 consecutive life sentences, the maximum sentence Judge Laurence C. Gram Jr. of Milwaukee County Circuit Court could give, Dahmer told the court he wished he could be put to death for the “holocaust” for which he was responsible, the New York Times reported at the time. Thanks to Christopher Scarver, he looks like he got his wish.

Our mission at STYLECASTER is to bring style to the people, and we only feature products we think you’ll love as much as we do. Please note that if you purchase something by clicking on a link within this story, we may receive a small commission from the sale.