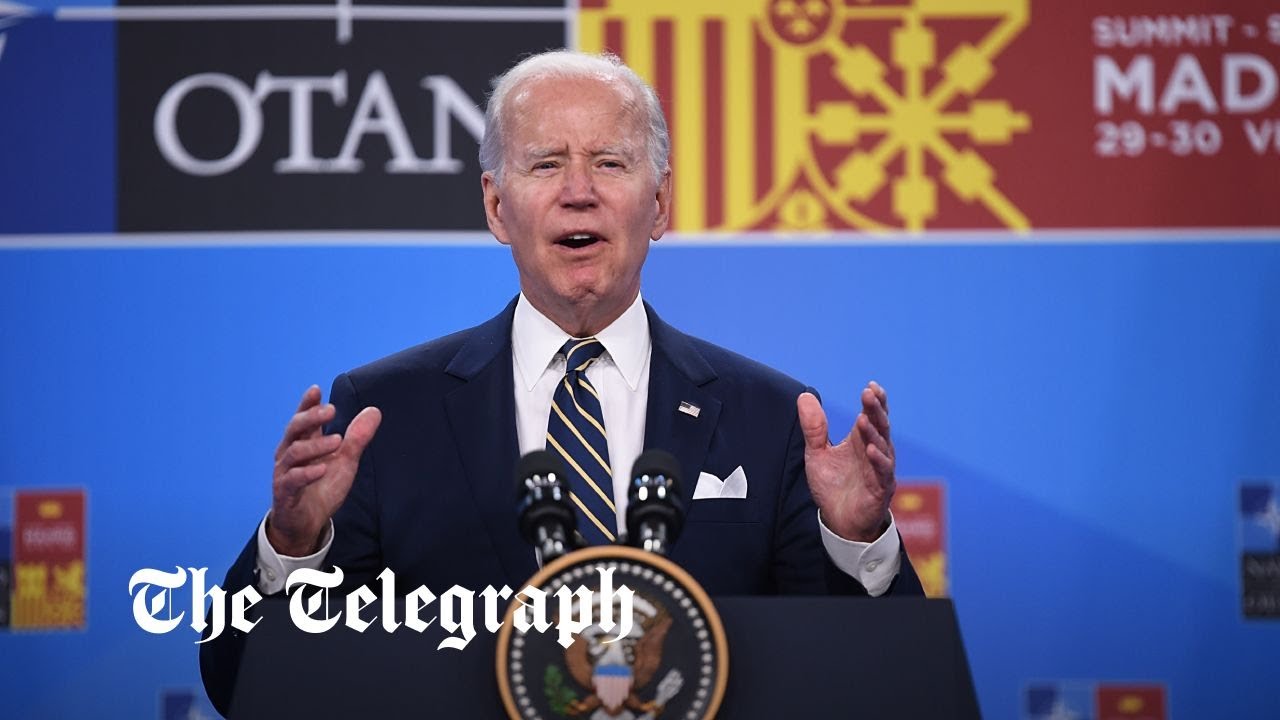 Switzerland is not a Nato member and has a longstanding policy of neutrality on the international stage.

The president has made a series of verbal slip-ups on the world stage, most recently when discussing America’s stance on Taiwan, prompting questions over an abrupt shift in US foreign policy, only for the White House to walk back the comments.

The latest blunder was immediately mocked by Republicans, who have claimed the 79-year-old is unfit to be the leader of the free world.

Meanwhile, Mr Biden said Americans should be prepared to pay high petrol prices for “as long as it takes” to prevent Russia from defeating Ukraine.

In a surprise concession, the president admitted he could do little to shield Americans from the soaring cost of living which could cost his party control of Congress in November.

Mr Biden suggests the economic pain was an inevitable cost of preventing Vladimir Putin’s war from moving “beyond Ukraine”.

Readying allies for a protracted conflict, he said: “We are going to support Ukraine for as long as it takes.”

The three-day summit showed Nato repositioning itself on a Cold War footing with a massive forces buildup.

Mr Biden said he was “rallying the world” behind it as he announced another $800 million in US military assistance to Ukraine within days.

Mr Biden had earlier pledged more American troops, warplanes and warships for Europe as NATO agreed to strengthen its deterrents, putting more than 300,000 troops on high alert from the middle of next year.

Boris Johnson promised a further £1 billion in military aid, taking Britain’s support since the war’s onset to more than £2.3 billion, a sum second only to Washington.

In response, Russia’s foreign minister Sergei Lavrov said a new “iron curtain” was descending between Russia and the West.

“As far as an iron curtain is concerned, essentially it is already descending,” he told reporters, adding that Moscow would not trust Washington and Brussels “from now on”.

“They should just be careful not to pinch anything,” he warned.

The three-day Nato summit capped a successful European trip for Mr Biden which saw Turkey drop its opposition to Finland and Sweden’s joining the 30-member alliance.

If the accession is approved as expected, it will give Nato a new 800-mile border with Russia.

Mr Biden said the development showed the Russian president had achieved the opposite of his aim when he began his war, in part to counter the expansion of Nato.

“Putin wanted the Finland-isation of Nato, he got the Nato-isation of Finland,” he quipped.

Mr Putin warned Moscow will “respond in kind” if Nato troops are deployed on its borders.