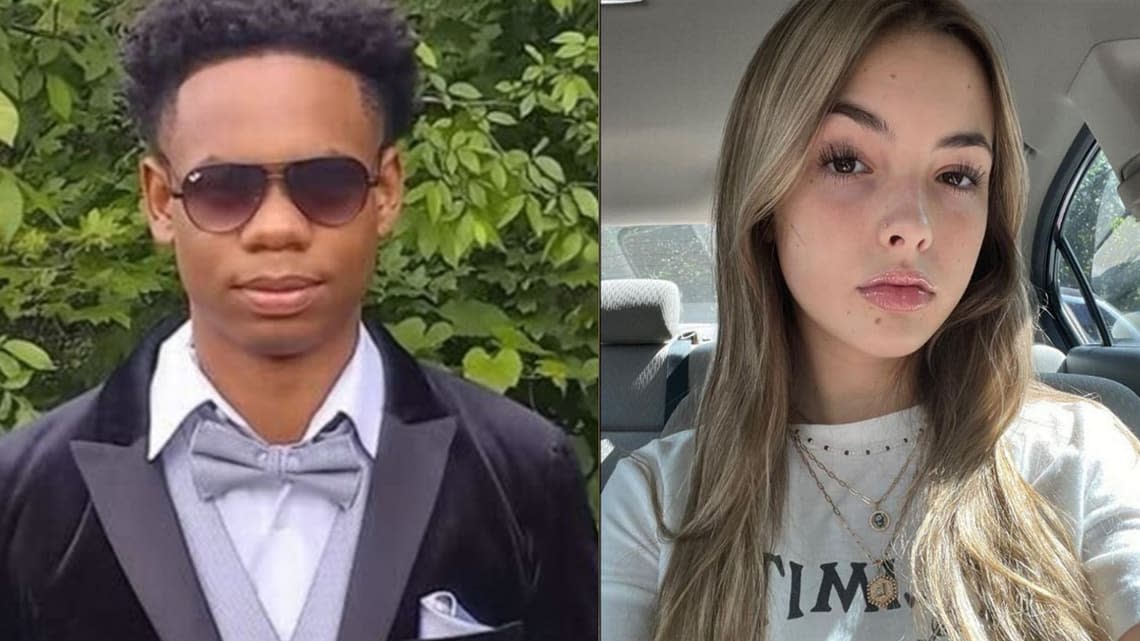 Two North Carolina teens who vanished in mysterious circumstances over the weekend have been found dead on an Orange County trail, authorities say.

“Although we do not have that confirmation yet, in the absence of any other missing persons matching the descriptions of the individuals located, the tragic but logical conclusion is increasingly clear,” Sheriff Charles Blackwood said in a statement late Monday.

Family members have confirmed the bodies belong to the two teens, according to ABC 11, which reported that relatives were at the crime scene on Monday morning.

Both families had pleaded for information on their whereabouts while search efforts got underway, but the case took a tragic turn on Sunday afternoon when men riding ATVs discovered two bodies near a power-line easement about two and a half miles from Woods’ home. Investigators said the two victims appeared to have been shot.

While police have said Clark and Woods appeared to know each other, the circumstances of their disappearance and the moments leading up to their deaths remain a mystery. Investigators have not yet named any suspects.

A missing person’s report cited by WRAL said ninth-grader Woods was spotted by a neighbor riding in a vehicle in the wee hours of Saturday morning, and search dogs traced her scent throughout a wooded area where locals often rode four-wheelers.

Clark’s mother, Tiffany Concepcion, was quoted by the news outlet saying she believes a third person the teens met up with might be involved in their deaths.

“Who is strong enough to carry two bodies and dump them? We want answers,” she said.

David White, a man who lives near the area where the bodies were found, told ABC 11 he’d heard “close to 10 shots” fired from what sounded like an “automatic gun” a few days ago.

After pausing for a second, he said, “five more shots went off.”

“I thought, ‘Who’s shooting this late at night?’

The two teens were honored late Monday with a moment of silence at a soccer game between their respective schools.

“This past weekend, Devin Clark an Eastern Alamance student and Lyric Woods a Cedar Ridge student tragically lost their lives,” the announcer said, according to ABC 11. “Please keep their families in your thoughts and prayers.”

Clark was also honored with a balloon release at his high school’s football field, where his aunt, Crystal Hughes, said the family is struggling to understand what happened.

“It’s hard for us to process everything that’s going on because we don’t have any details,” Hughes was quoted saying. “And we really, our lack of information is just not sitting right with us with the stuff that we’re hearing and all different sides of the story we know, hoping that the police department in investigation is going the way that it’s supposed to go .”

Read more at The Daily Beast.

Get the Daily Beast’s biggest scoops and scandals delivered right to your inbox. Sign up now.